As women, we’re abundantly aware that our bodies go through countless changes during the course of our lives. We also know that hormones play an essential role in those changes at each stage of life — from puberty, right through to post-menopause.

FYI – a hormone is likened to a “chemical message communicator” to and from all the body’s cells. It acts like a key that fits into a very specific lock or receptor site at each cell. This kind of inter-cell communication allows the body to function optimally and stay in balance.

The ovaries produce and release two main sex hormones – PROGESTERONE and ESTROGEN. These hormones have a collaborative effort in the development of a woman’s sex characteristics.

While we think of estrogen as being a “female hormone”, men’s bodies also produce it, but women just produce it at much higher levels.

What does Estrogen do in the body? (Hint: plenty!)

Primarily, estrogen plays a key role in regulating menstrual cycles, and reproductive health overall, by sending those critical chemical messages to the uterus to grow and replace the lining that was shed in the previous month’s cycle. Estrogen is also responsible for many other functions including:

Did you know that maintaining ideal body weight is largely controlled by your hormones? But, that’s for another article!

But, what about ESTROGEN throughout a woman’s life stages?

Well, let’s start at the beginning…

At birth, levels of estrogen (and progesterone) are high, but they decrease within a few months and remain low until puberty.

Estrogen in the Teen Years: Puberty

The ramping up of estrogen at this life stage is responsible for basically all of the physical changes associated with puberty in females. This includes a fuller figure, maturation of the breasts, ovaries, uterus, and vagina, as well as initiating a young woman’s first menstrual cycle or menarche.

Because estrogen affects parts of the brain that controls emotions, our moods can also be affected, and this is often most noticeable during our menstrual cycles, especially if things are out of balance, like in the case of Estrogen Dominance. (Hey there, Moody Mary!)

If estrogen levels are low during these years, this condition can prevent ovulation, leading to infertility. That’s why it’s especially important to ensure hormones are healthy and balanced when planning a pregnancy.

However, if estrogen levels are “normal” during the child-bearing years, this hormone’s main jobs are making things grow and increasing blood flow. It assists the uterus to increase the number of blood vessels (improves vascularization), and plays a critical role in fetal development, and enables the transfer of nutrients via the placenta.

Did you know that a woman will produce more estrogen during one pregnancy than throughout her entire life when not pregnant?

The rapid increase in estrogen levels during the first trimester is also thought to be responsible for causing the nausea often associated with pregnancy. During the second trimester, estrogen plays a key role in the development of milk ducts – the reason for the noticeable enlargement of the breasts of most pregnant women.

Estrogen levels continue to steadily increase throughout pregnancy, reaching their peak in the third trimester. But, a woman gives birth, both estrogen and progesterone drop dramatically, and can return to prepregnancy levels within as soon as 24 hours.

Did you know that your body decreases estrogen even further while you’re breastfeeding because it can interfere with milk production?

However, this dramatic drop coupled with a not-so-smooth return to non-pregnant (or breastfeeding) hormone levels is thought to contribute to the “baby blues” or postpartum depression that many women experience in the weeks and months after birth.

In fact, the lack of estrogen during this time is responsible for some of the other postpartum symptoms many women experience, including hot flashes, night sweats, and vaginal dryness.

As women age and move past the child-bearing years, generally over the age of 40, the ovaries are still producing estrogen but levels typically decline progressively the closer a woman gets to menopause. This transitional time is called ‘perimenopause’ and can last for several years, but typically it’s 4-10 years. (Yowsa!)

During perimenopause, the period becomes less regular and a woman can experience night sweats, trouble sleeping, hot flashes, vaginal dryness, and mood problems – all thanks to waning estrogen levels.

When you haven’t had a period in 12 months, you’ve reached menopause, and the ovaries won’t release eggs anymore. This is, of course, a normal part of aging that every woman will go through, usually by the early 50’s.

However, being postmenopausal just means you won’t have any more periods (and therefore, can no longer get pregnant), but the new constant of low hormone levels, and specifically the decline in estrogen, continues to exert its effects on the body…

You may not be aware, but estrogen affects almost every single tissue and organ in the body in some way — our bones and heart are no exception.

For example, women, especially those nearing menopause, require vitamin K2 and D3, as a decrease in estrogen decreases bone density.

Those who are at risk for osteoporosis or osteopenia and those who are currently taking calcium-containing supplements, would also benefit from a vitamin K2 supplement to help “shuttle” calcium to bones rather than to other tissues in the body.

In fact, postmenopausal women will lose an average of 25% of their bone mass by age 60, largely due to the loss of estrogen at this stage of a woman’s life.

But, did you know that the rather dramatic loss of estrogen during this time can also result in a higher risk of heart disease?

How to keep your bones and heart healthy with declining estrogen

Women can lower their risk of osteoporosis (bone loss) and heart disease, by implementing some key lifestyle changes, such as:

Stay healthy, and hormonally balanced ladies! Your heart and bones will thank you too.

See, we told you there would likely be a few surprises about ESTROGEN in the stages of a woman’s life that you might not have known about 😉

Healthy Hormones is an all-natural formula designed to help stabilize menstrual cycle irregularities and relief of PMS. It contains a clinically significant 400 mg daily dose of indole-3-carbinol. Other key nutrients and herbs in the formula work synergistically to ease PMS and normalize hormones.

I-3-C 200 Do you experience gas and bloating that sometimes accompanies eating indole-3-carbinol-rich cruciferous vegetables? I-3-C 200 gives you the antioxidant and healthy estrogen metabolism benefits you need quickly and without the uncomfortable side effects.

Society For Women’s Health Research – Hormones, From Puberty to Post Menopause
Healthline (January 2017) – What Are The Symptoms of Low Estrogen in Women and How Are They Treated?
Healthline (January 2017) – 10 Natural Ways to Build Healthy Bones
Healthline (August 2017) – What Bodily Changes Can You Expect During Pregnancy?
Healthline (February 2019) – Effects of Menopause on the Body
What To Expect (November 2018) – Estrogen and Progesterone: The Big “Two” of Pregnancy Hormones…
Cleveland Clinic: Health Library – Estrogen & Hormones

Get your FREE copy of our Guide to Navigating Menopause 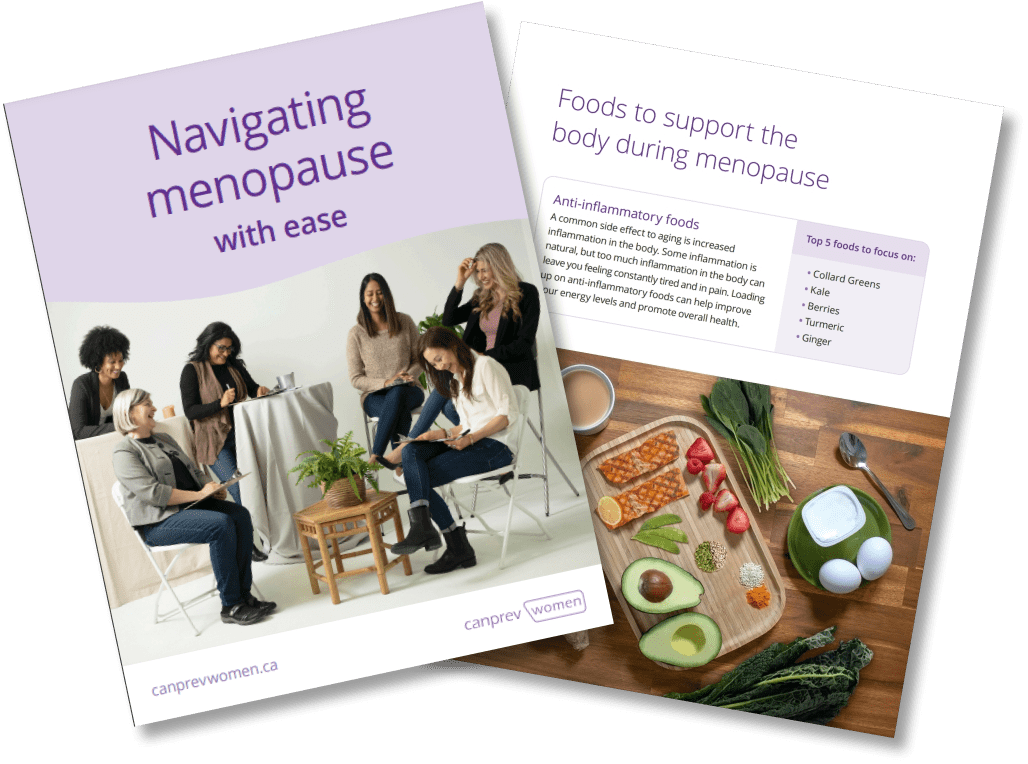 Inside, you’ll find information about the stages of menopause,
a 5-day meal plan to support your journey, FAQs & more!